When looking for a life companion, it is important to understand their personality, temperament, and traits. These can often be traced to the purpose for which a particular breed of dogs was intended. 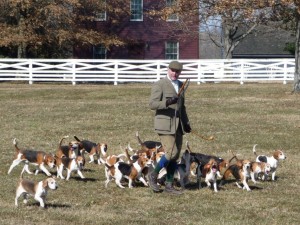 Beagles (as a breed) have been in existence for quite some time, although their precise origins are only vaguely known. Beagle-type dogs are described in documents dating from 400 B.C. Greece and A.D. 200 Britain. The Romans are thought to have brought to England small, rabbit-hunting pack hounds that they bred to the local hounds. Talbot Hounds were brought to England from France during the Norman Conquest in 1066 and are considered to be ancestors to the Southern Hound, the Beagle and the Foxhound.

Beagles became quite popular with the British monarchy in the 1300 and 1400’s. Edward II and Henry VII both kept packs of Glove Beagles, so named since they were small enough to fit on a glove. Elizabeth I kept packs of “pocket beagles” which were only nine inches high at the withers.

In the 1400’s beagles existed in Britain, Italy, Greece and France. The word “beagle” has two possible origins. It either originates from the Celtic word “beag” which means small or from the French word “begle” meaning “useless or of little value”.

In the 1700’s two types of hounds existed for hunting rabbits: the Southern Hound and the much quicker North Country beagle. Since fox hunting was becoming increasingly popular, beagles lost ground to the Foxhounds. Fortunately for the continuing existence of the beagle, farmers in England, Ireland and Wales continued to keep hunting packs.

In the mid-1800’s Reverend Phillip Honeywood established his pack in Essex, England. This is thought to be the progenitor of the modern beagle. He was breeding for hunting skills though, not looks. A fellow Englishman, Thomas Johnson, was responsible for breeding lines of beagles that could both hunt and look attractive.

Beagles were imported into the United States in 1876 and accepted as a breed by the American Kennel Club in 1884. 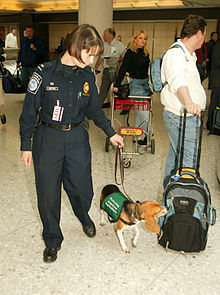 Beagles are also compact, robust, breed true, and have fairly large litters- which makes them ideal candidates for lab experiments. Kim Basinger is well-known for her love of beagles and her efforts to rescue them from inhumane laboratory conditions. That said, research on beagles has been instrumental in modern medical research and advances. It’s a small glimmer of comfort to those of us who love them dearly.

Beagles are known for their lively, mischievous and gentle nature. Unlike protective dogs, beagles are accustomed to the pack and count everyone a friend; in general, they are terrific with children. Their roots in the hunt means they may bark, but remember that love, toys, and lots of playtime can work miracles.

Thinking of Buying a Jackpot Beagle?

Prepare for a family-style life with lots of time at home, a babysitter for emergencies, and a yard. As pack dogs, beagles are happiest with constant contests and play. They’d love to be part of a big, active family. Small families may consider training one beagle and then buying a friend for his first birthday.